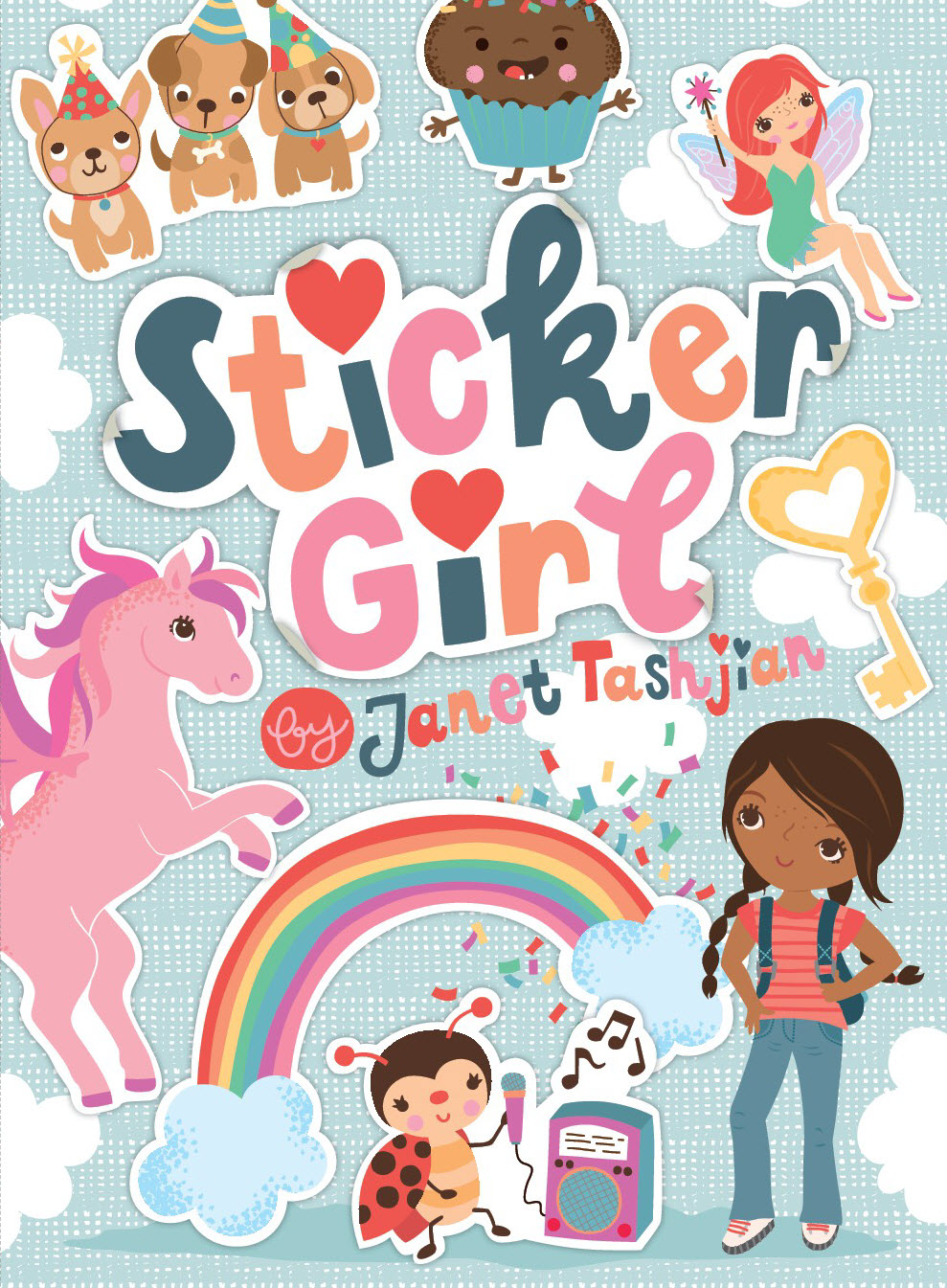 Martina Rivera has a remarkable imagination. But with two extroverted brothers at home, she’s always struggled to make a big impression on those around her. Life soon takes an exciting turn when Martina discovers the secret power of her sticker collection: They come to life! Among her magical sticker friends are Craig, a rambunctious talking cupcake; Nora, a karaoke-singing ladybug; and Lucinda, a very sleepy fairy. Will her new sticker friends help her overcome her shyness? Or will they get Martina in lots of trouble? Or both?! It’s time to meet Sticker Girl!

Bonus feature: sticker sheet featuring all the magic stickers from Book 1 packaged with the book! 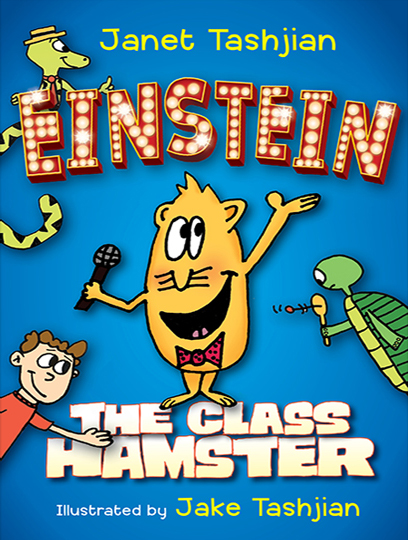 Einstein is from a long line of class hamsters. He knows lots of cool facts about science, art, and history – maybe even more than the class’s sleepy teacher Ms. Moreno. The students have a chance to compete in a trivia game show contest – but how can they prepare if Ms. Moreno keeps taking naps instead of teaching? More important, how can Einstein help the class get ready when the only kid who can hear him is Ned? Check out this hilarious new series starring the lovable, walking-encyclopedia, game show-obsessed Einstein the class hamster. 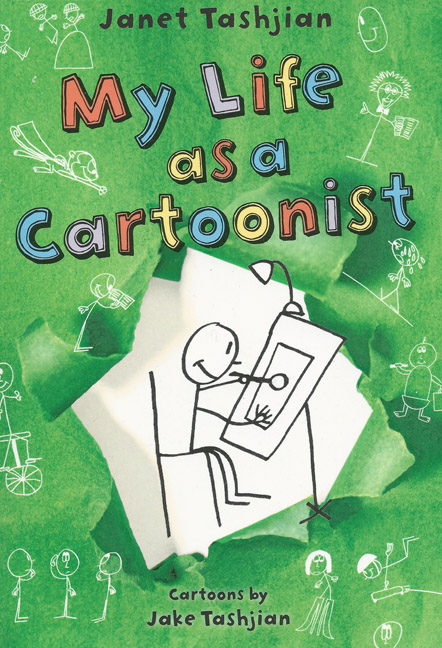 There’s a new kid in Derek Fallon’s class. His name is Umberto and he uses a wheelchair. Derek’s family is still fostering Frank the monkey, and Derek thinks it would be great to train Frank to assist Umberto. But Derek quickly realizes that Umberto is definitely not looking for any help. Derek soon becomes the butt of Umberto’s jokes. On top of that, Umberto starts stealing Derek’s cartoon ideas and claiming them as his own. How did Derek get himself into this mess, and how can he find a way out before he is the laughingstock of school? The answer may very well be his cartoon strip—SUPER FRANK!

Summer’s finally here, and Derek Fallon is looking forward to pelting the UPS truck with water balloons, climbing onto the garage roof, and conducting silly investigations. But when his parents decide to send him to Learning Camp, Derek’s dreams of fun come to an end. Ever since he’s been labeled a “reluctant reader,” his mom has pushed him to read “real” books—something other than his beloved Calvin & Hobbes.

As Derek forges unexpected friendships and uncovers a family secret involving himself (in diapers! no less), he realizes that adventures and surprises are around the corner, complete with curve balls.

Derek Fallon gets the opportunity of a lifetime—to be a stunt boy in a major movie featuring a pretty teen starlet. After accepting the job he learns that he is the star’s stunt double and must wear a wig! His friends are never going to let him live this down. If that weren’t his only problem, his parents are threatening to give away his pet monkey, and his best friend just posted an embarrassing video of him on Youtube. Can life get any worse? Still the irrepressible Derek takes it all in stride and even manages to save the day.

MY LIFE AS A JOKE 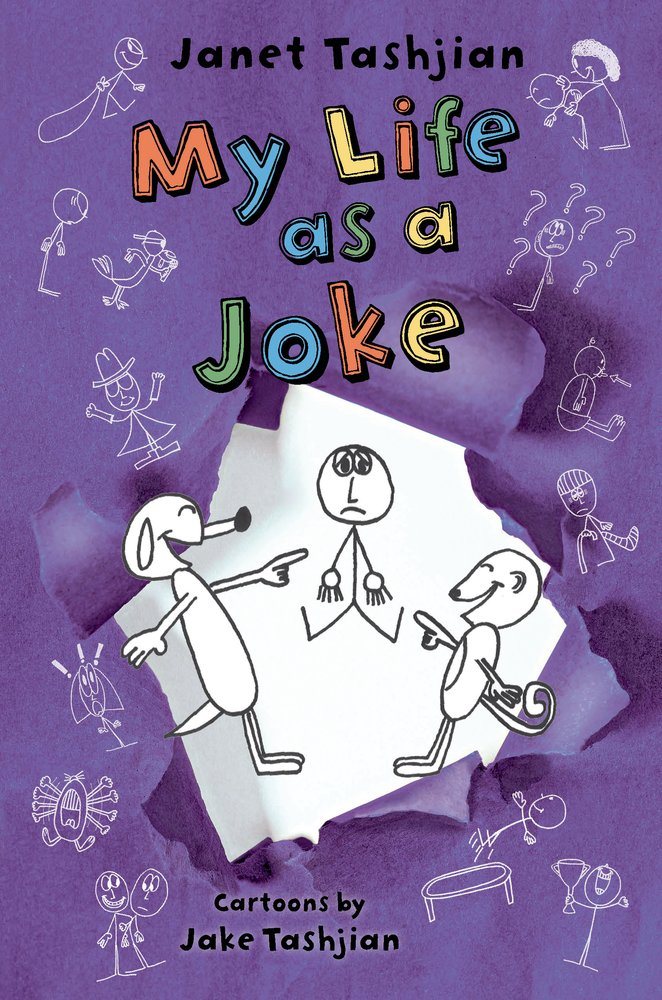 Derek Fallon discovers all the angst that comes with being twelve—he just wants to feel grown up, but life gets in the way with a series of mishaps that make him look like a baby. He passes out during a worm dissection in science class, falls flat on his face in gym class and gets a fat lip that causes him to lisp all day, and his plans for a monster-truck party turn into a bouncy house disaster. Why isn’t being in middle school as great as Derek imagined? Thankfully, with a little help from his friends—and, ironically, a Toys for Tots fundraiser—things seem like they could start shaping up at last.

The year is 1971 and the place is Laurel Canyon, California. Quinn, a fourteen-year-old music “encyclopedia,” writes a music column—called “For What It’s Worth”—for his school paper. But Quinn’s world is about to change when he is faced with helping a war dodger and must make some tough decisions. When he starts receiving cryptic Ouija board messages from Jim Morrison, Janis Joplin, and Jimi Hendrix (all members of the 27 Club), he knows he is in over his head. Fortunately for Quinn, his new girlfriend Caroline helps him get a grip and channel his inner self. 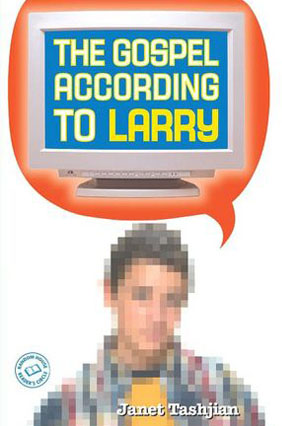 Josh Swensen isn’t your average teenager – when he observes America, he sees a powerhouse of consumerism and waste. He’s even tried to do something about it, with his start-up controversial website. But when Josh rises to messiah status of the internet world, he discovers that greed and superficiality are not easily escaped. Trapped inside his own creation, Josh feels his only way out is to stage his death and be free of his internet alter-ego, “Larry.” But this plan comes with danger, and soon Josh finds himself cut off from the world, with no one to turn to for help. In this suspenseful young adult novel, Janet Tashjian has written a probing tour-de-force.

Wish #1: To have my own television show.

Wish #2: For Eddie to be un-handicapped. (Eddie is my twin Brother.)

Wish #3: I don’t really want anything else this year (except maybe to go out with Billy Meier).

Do wishes really come true? When Trudy Walker sees the ad from the local cable station, she truly believes they do. The station is looking to air demo tapes of shows created by and for teens. This could be Tru’s big Break!

But lately Tru is distracted by Wish #2. She spends hours researching cures for Eddie online and filming his daily routine. If Tru becomes a star—if she just grows up—will she outgrow Eddie? Can she pursue her dreams and still be true to herself? Or is it all just wishful thinking? 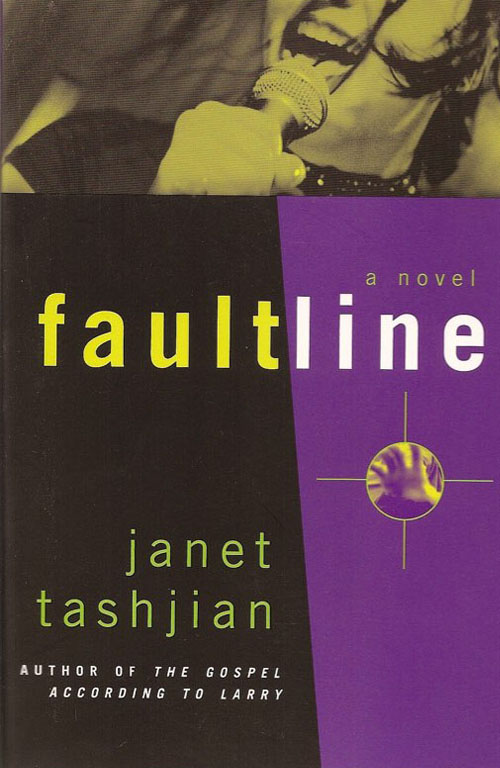 Seventeen-year-old Becky Martin dreams of being a stand-up comic. She also craves the affection of a boyfriend. When attractive Kip, a rising star in the San Francisco comedy club scene, comes into Becky’s life, she thinks she’s found her soul mate. But she soon discovers that Kip has a dark side, and control and jealousy appear to be the price she must pay for his love. Will Becky find the strength and courage to get help?In this powerful novel, Janet Tashjian tackles the difficult subject of teen relationship abuse from the viewpoints of both the victim and the perpetrator.

After becoming what he so clearly and strongly resisted—a consumer—Josh Swensen finds himself in a paranoid state of no return. That is, until he’s kidnapped and coaxed into resurfacing as Larry, his old activist persona. Before long, Larry is back on the scene with much more on his mind than anti-consumerism—this time, he wants to affect change in government. And Larry isn’t taking a conventional path or starting small in local government. He just doesn’t do things halfway. But can he really become an eighteen-year-old president of the United States? Even if he can, is he sure he really wants to?

For as long as Monica Devon can remember, she has been two things: a whiz at making anagrams, and a perfectionist who spends most of her time obsessing about saying and doing the right thing. Now at fourteen, Monica’s compulsive habits have spiraled out of control. Seeing no other way out, she creates Multiple Choice, a game that will force spontaneity into her life, and, she hopes, free her from her obsessions. It seems so easy–create a list of options, choose a Scrabble tile, and carry out the act. At first the game is exciting and somewhat liberating. But soon it starts to go devastatingly wrong. Fortunately for Monica, help is closer than she thinks.

Josh Swensen (otherwise known as Larry) can’t seem to get off the couch. His usual overactive imagination and save-the-world mindset have all but vanished, and his best friend Beth is seriously worried.When Beth coaxes Josh into taking a walk at Walden Pond, Josh meets Gus Muldarian, a spiritual guru who convinces him to join his study group as a way to find deeper meaning in life. Josh thinks Gus is a joke. Still, feeling desperate and seeing no way out of his rut, he agrees to try it. What begins as a harmless Thoreau-esque search for meaning soon turns into Josh’s most chaotic and profound adventure yet.

After the success of The Gospel According to Larry and Vote for Larry, Janet Tashjian returns with yet another tour de force—a book that explores important topics and will keep teens hooked right until the unexpected end.

Marty Frye is not your ordinary private eye. Marty Frye is “the poet detective”–he solves petty crimes by turning rhymes. In the course of a busy day, Marty tracks down his friend Emma’s lost diary, finds a box of toys missing from Mr. Lipsky’s store; and locates a bag of disappearing flour for his little sister, Katie. Although he hits some dead ends along the way, Marty Frye combines his three favorite hobbies–sleuthing, rhyming, and climbing trees–and leaves no case unsolved or unrhymed.

Three short stories with clear, simple sentences make this charming easy-reader an ideal stepping-stone to longer chapter books. Laurie Keller’s quirky illustrations capture the spirit of Janet Tashjian’s tongue-in-cheek humor. Young readers will be off in search of a rhyme in no time.

Sticker Girl and the Cupcake Contest – out now!

My Life As a YouTuber